In 1990, Nelson Mandela was released from prison after 27 years of incarceration; the reunification of East and West Germany took place; Margaret Thatcher resigned as Prime Minister; the American TV program “Twin Peaks” was first broadcast; and the Martin Scorsese film “Goodfellas” was both critically acclaimed and hugely popular at the box office. At the same time, the first issue of the British Asbestos Newsletter was published. There is a reason that issue number one is not available online; the typeface, layout and content were pretty basic, embarrassingly so; nevertheless, some of the information contained was pretty interesting including the item under the headline: Turner & Newall (T&N) Limited: Chairman’s Speech at AGM on January 13, 1938:

“Archival research… has uncovered the following statement made in the report cited above: ‘It is only within comparatively recent years that the Directors have become aware of the danger to health which arises from continuous contact with asbestos dust’.”

One wonders how the Directors could have been in such ignorance as late as 1938 considering that:

T&N’s 1938 statement pleading ignorance was a lie. The Directors of Turner & Newall – a multinational corporation that not only processed but also mined asbestos – were under no misapprehensions about the deadly hazards posed by exposures to asbestos. From as early as the 1920s, the company knew that asbestos was a health hazard.[1]

In 1990, when the British Asbestos Newsletter was started, information of use to asbestos victims was locked away in corporate archives, stored in insurance companies’ filing cabinets and hidden in government files. There were no search engines, online archives or websites to consult. The objective of the newsletter was to locate and circulate resources of use to asbestos victims and those who represented them. By opening out the discourse on asbestos in Britain, the newsletter provided a public space for the exchange of information and helped stimulate the country’s asbestos dialogue. Whereas in 1990, the subject of “asbestos” was considered a somewhat obscure off-shoot subsumed under the topic of occupational hygiene, by 2019 it had become part of the national discourse on public health, human rights, environmental justice and sustainability. The voice of asbestos victims is now heard and the political impact of the injured has been maximized by the formation and representation of the Asbestos Victims’ Support Groups Forum (UK). It is not coincidental that the most amazing front page asbestos articles in national newspapers in recent decades were published on July 5, 2019 in The Guardian and on July 14, 2019 in The Sunday Times (Scotland). 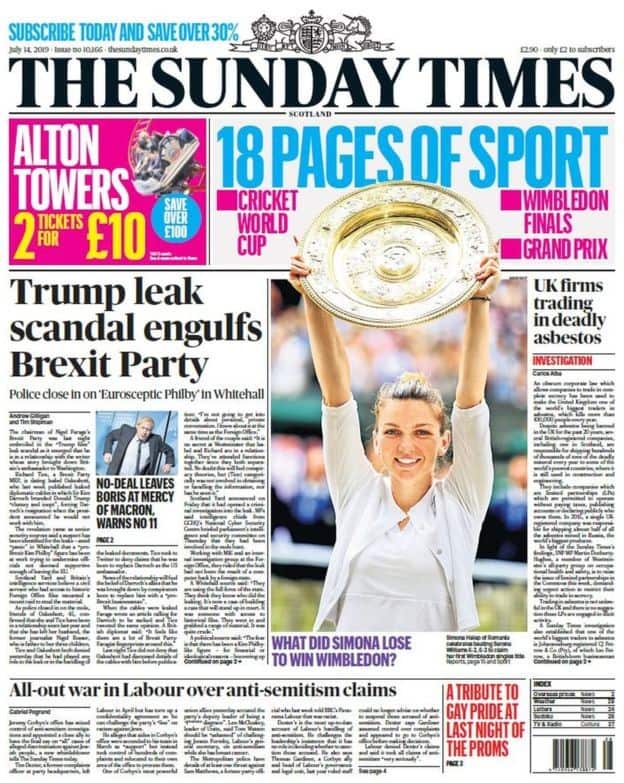 We believe that the British Asbestos Newsletter played a crucial role in stimulating the country’s asbestos agenda, assisting victims by providing information not otherwise accessible and serving as a conduit to like-minded individuals and experts in other countries.

It has been a privilege to watch the growth of asbestos victims’ groups in so many parts of the country over the last thirty years. We could not be prouder of our links to these groups but retain a particular affection for the HASAG Asbestos Disease Support Group which we saw grow from the spark of an idea nourished by the daughters and wife of a mesothelioma patient to a fully-fledged, professional organization providing a multitude of services to people not only in Portsmouth and Southampton but to those further afield. We know that as we leave the asbestos battlefield, the injured will get the best of care from HASAG and its counterparts.